Lockdown may have made life smaller for many people, but it made mine bigger.

Unlike most people, I wasn’t that upset when the first coronavirus lockdown began.  As far as I could see, it wasn’t going to make much difference to my life.  But I was wrong: it made my life better.

As a chronically ill, disabled person (I suffer from the neurological condition Myalgic Encephalomyelitis) living alone in a rural location, I had long been used to spending most of my time alone.  Many weeks, if I didn’t visit a shop, I didn’t see anyone.  And shopping was becoming harder – I had already begun the transition to grocery delivery before the pandemic.  I connected with people mostly via telephone or, more and more as time went on, via the web.

I used social media such as Facebook for two main purposes: to keep up with people that I rarely saw, such as friends from my previous life as an actor in London, and to make new friends, especially within the ME and chronic illness communities.  I joined support groups, book clubs and other interest groups; I attended and ran virtual pub quizzes and parties.  I also used the internet for solo activities, such as practising and learning languages on Duolingo, and studying everything from Archaeology to Cyber Security.  I was well-practised at living life online.  What happened early this year is that everyone joined me. 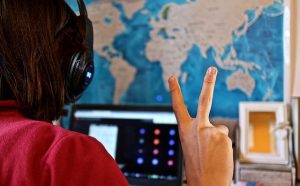 Right at the beginning of Lockdown, some friends and I decided to set up an online school.  Ar Líne Le Chéile was small, and part-time, and wasn’t intended to replace or compete with anything that children were getting from their regular teachers – rather, it was to help combat loneliness and isolation.  In this it succeeded, and our small class of primary school children had formed great friendships by the time we finished in June.  As I was already an experienced teacher, I took an active part in this, the highlight of which was the weekly multidisciplinary lesson where we made virtual visits to such places as the British Museum, NASA and the London Underground.  It was a lovely feeling to have my own class again, for the first time since 2008.  A side effect of this for me was that my old interest in coding was reawakened by a Scratch class run by another teacher (Philipa Farley, the writer of our Farley’s Philosophy column), and I ended up learning the Python programming language during the month of April when Pluralsight offered free courses for a month.

There was so much life online all of a sudden!  Musicals by Andrew Lloyd Webber and plays from the National Theatre, for example, were available to watch free of charge.  I attended an online 80s concert with a couple of friends, who didn’t know each other previously; we watched in our separate homes and chatted via text at the same time.  I joined an online choir, and played board games with friends all over Ireland via WhatsApp. 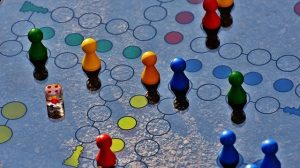 I had an online magazine, Notes From Xanadu, predominantly an arts review, which had been semi-dormant over the preceding five years.  I had written a couple of Covid-related articles, and was in the process of revitalising it.  Then I had an idea: instead of relaunching as just a magazine, why not do something novel and create an online arts centre?  I set the date for the May bank holiday weekend, and got in touch with artists of all genres.  Over the four days of the launch we had 20 different features, ranging from writing to opera (world-renowned soprano Ailish Tynan was one of our first contributors) to puppetry.  We had visitors from numerous countries on six continents, and have continued to gain new followers and artists since then.

Although I don’t generally manage to get out much, I always do something for my birthday, whether that’s a restaurant and/or pub visit, or a small party at my house.  I decided not to let the virus stop me this year, and organised my first audio-visual virtual party.  I had guests from as far apart as London and New Mexico, and we played games, performed music, chatted and generally had a “night out.”  Unfortunately, problems with internet connections kept a few people away, but the evening was enough of a success for me to decide to develop a theatre as part of the online arts centre. 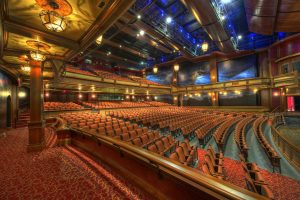 On 23 September 2020, Xanadu Online Theatre was born, with a launch concert/variety show featuring artists from three different time zones, and an invited audience from countries stretching from Finland to the US.  Unlike other similar ventures that have begun since Covid 19 gave us the New Normal, which use Zoom and other such platforms, this theatre is embedded in the Notes From Xanadu website and uses the open-source software Jitsi, which very much fits ideologically with the values of the online arts centre.

As part of the launch concert, I decided to perform a short scene with an actor friend in New York, Ash Reddington, and thus I found myself practising my craft as an actor for the first time in almost 6 years.  I have since set up an in-house theatre company, and we are having our first show in December.  Thus, as a result of the virus, I find myself where I thought I would never be again – in the rehearsal room, preparing to act on stage in front of a live audience.

This is the first in a series.  Watch out for accounts of other people’s positive lockdown experience in the coming weeks. 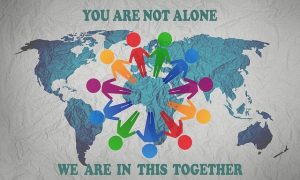