I wrote this poem a couple of years ago (and well before Covid 19), but I think the issues it refers to still stand. 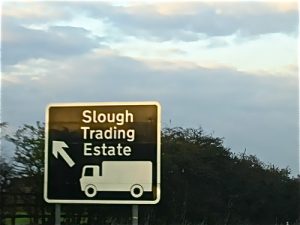 I thought I wasn’t familiar with this opera before last night: as a child studying music. Humperdinck was not one of the composers I learnt about, and I’m afraid I encountered the music of the 1960s Englebert before I realised he was named after an eminent musical predecessor.   However, upon hearing that I was attending Hansel and Gretel that evening, a colleague advised me that I would recognise lots of songs from my childhood.  He was right, the aria which provides the title of this piece being but one of them (I have been singing it all day).  This, of course, added a lovely sense of recognition to my enjoyment of the evening.

The action was initially set in 1950s Britain, but later seemed to move forward in time; with the witch using an overhead projector and a camera vintage 70s or 80s, and marking the contents of her fridge “Best Before 2013.”  The set was broadly based around the mother’s washing business, and some of the garments from the washing line were used as Chinese lanterns at the end of the story to great effect.

Musically, this was of a high standard, starting with the orchestra (conducted by Stephen Higgins), whose overture set the tone for the night, being both beautiful and haunting.  There was no chorus, so the production was the work of only five singers (mother doubling with witch).  All five gave excellent vocal performances, with Rahel Moore’s Sandman being particularly evocative.

The show was very well choreographed, and the cast’s movement skills were wonderful, especially Carris Jones’ drag queen witch, and Gretel’s jerky puppet steps.  Lone man Stephen John Svanholm played the exuberant, drunken father very well, and Susanne Holmes portrayed Hansel with all the exuberance of boyhood.  With such a tight cast and consistent performance, it is difficult to pick out a favourite, but personally I was particularly impressed by Llio Evans (Gretel).

When an adult woman plays a small child, there is a very real danger of her ending up looking like Baby Jane.  The audience had nothing to worry about on that score, however, as Llio’s physicality perfectly captured that of a little girl.  The way she stood, walked, moved her arms, and her facial expressions were all ideally calculated to convey Gretel’s emotions (her terror in the forest at night is a good example).  Her singing was consistently skilful and accomplised: I especially enjoyed her opening aria of Act II.

All in all, Co-opera Co have done a marvellous job with Hansel and Gretel, and much credit is due to director James Bonas, working with the company for the first time.  As he said when I interviewed him prior to the performance, (Hansel and Gretel is) “an absurdly brilliant opera.  It’s full of music so delicious you want to eat it and it’s joyfully short but densely written so that it’s packed with action.”  The same can be said for this production.

Hansel and Gretel, along with Don Giovanni and The Magic Flute will now go on a nationwide tour.  For more information, please visit www.co-opera-co.org.

This is the second production of Mozart’s Don Giovanni I have seen this year (I reviewed the production at Heaven back in April  – see One Night in Heaven).  Although Co-opera’s was not as hilariously smutty as the gay offering, it was nevertheless a very sexy, and funny, performance.

Right from the outset the orchestra set the tone – the playing was flawless and evocative throughout the evening, led by conductor Tim Murray.

The standard of acting in this performance was high from the start: David Milner-Pearce played the Don as a dissolute Damien Hirst-type artist to perfection, whilst Yair Polishook (Leporello) made an excellent sidekick.  The opening rape scene was very effective with Lisa Wilson (Donna Anna) playing the victim very well.  Susanna Fairbairn (Donna Elvira) made a good jilted lover, whilst Jerome Knox (Mazetto) gave a solid performance throughout the show, with the stage combat between him and David Milner-Pearce being particularly well executed.

I had been told that the production was to be anything but traditional, and that was certainly the case.  Much of the action was set in the Don’s art gallery where naked shop dummies (with pubic hair) continued the Hirst theme.  There were many amusing and interesting touches such as the Don photographing the dead father on his mobile phone; a smartphone ap (Leporello’s) which keeps a record of all the women the Don has seduced – Yair Polishook singing very well on this aria; the Don singing a serenade to the backing of a ringtone (aptly rendered by the orchestra);  the Don’s lines “I find the working class is only turned on by clothes that come from Primark” and “Since I’m spending so much money, I expect to be amused” as he is eating take away chips and pizza from yellow plastic boxes.  Twiglets and cocaine also make appearances.

Vocally, there were many wonderful moments.  Some of my favourites were Donna Elvira’s “Rip out that Heart with Glee”, the chorus number “Pleasure Tonight”, Robyn Allegra Parton (Zerlina)’s first duet with the Don, Don Ottavio, Donna Anna and Donna Elvira, disguised Ali-G style, singing “Avenge my broken heart,” Don Giovanni and Leporello’s “Glorius I shall return.”  For my money the best male vocal performance was by David Menezes (Don Ottavio), but overall the women outshone the men, with Donna Anna’s solo “The God I cherish will come and grant me rest” being hauntingly beautiful.

The opera finishes with Il Commendatore (Matthew Tomko) returning to the grave to drag the Don down to hell, and this he does in a suitably menacing and eerie manner.  The chorus close by singing “That’s the fate of evil men” as Don Giovanni goes to join his own artistic creations, becoming yet another glass case dummy in a rather Roald Dahl-esque ending.

Don Giovanni’s second night is 24 August 2012, Hansel and Gretel is on 23 and 25 2012, all shows at 7.30pm at John McIntosh Theatre, Seagrove Road, London SW6 1RX.  Tickets are priced between £10-25 and can be purchased online at http://www.ticketweb.co.uk/user/?region=xxx&query=schedule&promoter=co-opera.  The theatre is wheelchair accessible, and free parking is available next to the John McIntosh Arts Centre.  Both operas, along with The Magic Flute, will then go on tour nationwide.  For more information, please visit www.co-opera-co.org.